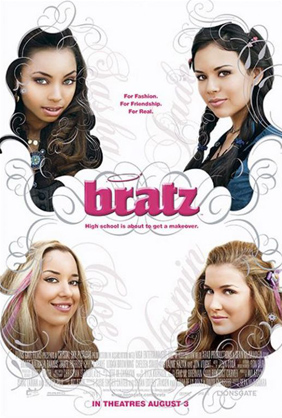 After years of not talking to each other Jade and Yasmin speak a few words in the restroom but Yasmin doesn’t have the courage to tell Jade she misses her. Then the four girls are reunited when they are sent to detention for causing a food fight.

In their teenybopper toy transition to the screen, the Bratz dolls go live, with their kinkier side toned down and flashier accent on cute and trendy, in Sean McNamara’s Bratz. In any case, the flirty foursome seemingly insist from the outset that they’re no Barbies. Or are they.
(NewsBlaze) — read more >