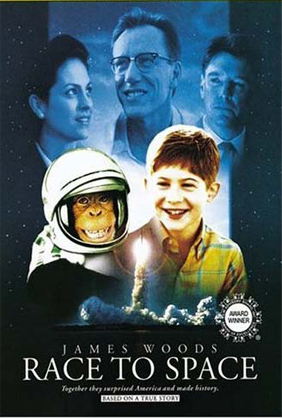 A chimp helps bring together a boy and his father — as well as putting America in the lead of the space race — in this drama, which was inspired by the true story of the Mercury-Redstone 2 mission in 1961.

Dr. Wilhelm von Huber (James Woods) is a German expatriate scientist living in the United States in the early ’60s who has been hired by the fledging National Aeronautics and Space Administration to help America launch its newly formed space program.