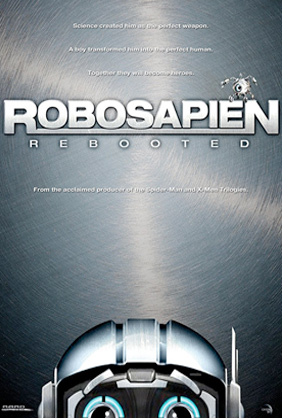 Henry isn’t the most popular kid in school. So, when he comes across a broken robot named Cody, things start to look up. After fixing him, Henry discovers that Cody isn’t your average automaton — he’s a highly intelligent search and rescue robot! The new friendship looks like it may be brought to an abrupt end however, when the military lab that created Cody tries to seize him back. When they then kidnap Henry’s mother and Cody’s inventor, it’s up to one boy and his robot to outwit their captors and save the day! From the producer of Spider Man, X-Men and Iron Man, and co-starring David Eigenberg (Sex And The City) and Penelope Ann Miller (the multi Oscar winning, The Artist), Robosapien blends fast-paced action and mischievous humour to create a rollercoaster ride of an adventure that all the family will love!